Please Click On The Tabs Below To Learn More About Us

The Power of Faith Ministries International Incorporated saw its inauguration on April 24, 1983. Our mission is to create an awareness of the abundant life Jesus offers to all. To foster its enrichment through spiritual and intellectual interaction enhanced by excellent service. "I am come that they might have life, and that they might have it more abundantly." St. Johns 10:10b.

In the verbal inspiration of the Bible.

In one God eternally existing in three persons; namely the Father, Son and Holy Ghost.

That Jesus Christ is the only begotten Son of the Father, conceived of the Holy Ghost, and born of the Virgin Mary.

That Jesus was crucified, buried, and raised from the dead: that He ascended to heaven and is today at the right hand of the Father as the Intercessor.

That all have sinned and come short of the glory of God, and that repentance is commanded by God for all and necessary for forgiveness of sins.

That justification, regeneration, and the new birth are wrought by faith in the blood of Jesus Christ.

In sanctification subsequent to the new birth, through faith in the blood of Christ; through the Word, and by the Holy Ghost. 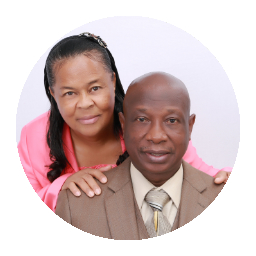 Bishop Davis is one of Jamaica's most loved and respected radio and television preacher who is aired on Love-101 FM and Love Television with the Voice of Power Broadcast and the Hour of Power Telecast. In addition, he established the first 24 hours per day Religious cable TV Channel 32 on the J.A.C.S. Cable Network.

Bishop Dr. Delford Davis, a man after God's own heart, called and sent to proclaim the Gospel of Jesus, uncompromisingly, to everyone.

He was born in Mount Charles District, Mavis Bank, St. Andrew, then sooner moved to Portland where he spent his early boyhood days and then on to Kingston in his teenage years. It was during his teenage years that he became converted in 1971. From a life firmly rooted and grounded in the Word, he experienced rapid spiritual growth and maturity and availed himself to be mightily used of God. Cognizant of the call of God on his life, he further equipped himself for ministry work by pursuing Biblical studies at the Jamaica School of Evangelism; Tabernacle of Prayer Bible Institute, USA; International Correspondence Institute, USA and Jacksonville Theological Seminary, Florida, USA. His most recent achievements included the award of Bachelor of Theology (Master of Religious Arts in Christian Psychology) and Doctor of Divinity (Honorary). Bishop Davis was first commissioned as full time Pastor of the Jamaica Evangelistic Association from 1976 - 1980. He also did Pastoral duties at the Association's branch Church in Mandeville before leaving the island in 1980. For two years he did the work of an Evangelist in United States of America. His Godliness, humility, discipline and fearless profound preaching won him a place in the hearts of everyone who knows and hears him. Having received a commission from the Lord, he returned to the island of Jamaica, more specifically to Waterford, St. Catherine, where he founded and established, The Power of Faith Ministries, on the 24th of April 1983. This ministry became the light in the community of Waterford. Many souls were won for the Kingdom of God, and what was once a volatile community, became a model, because the seed of righteousness was sown therein as a result of Bishop Davis' obedience to the Lord's commission. The Church grew rapidly, and in 1989 Bishop Davis commenced the construction of the Miracle Cathedral (Headquarters) in Portmore Town Centre. Being a visionary leader who firmly believes in the establishment and extension of God.